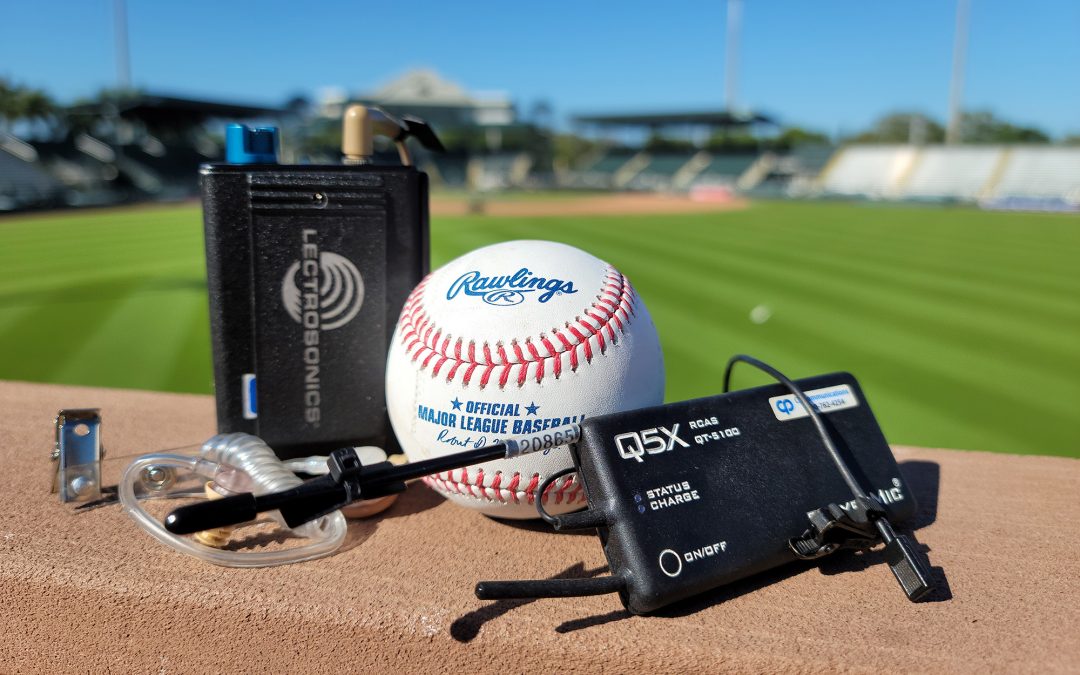 Whether it’s in the dugout, on the field, or even via Facetime, MLB broadcasters are giving viewers more access than ever this Spring Training, using in-game interviews. AT&T SportsNet Pittsburgh is going all out, miking more than a half dozen Pittsburgh Pirates players throughout March and even deploying a microphone and IFB on catcher Jacob Stallings behind the plate.

“The catcher is the quarterback out there,” says Doug Johnson, VP/executive producer, AT&T Sportsnet Pittsburgh. “To hear him calling the game and to get his insight on why he’s doing different things to not only work the batters but control the runners was incredible. Working with our producers Adam Elmore and Jason Steele, we have always been fascinated with the idea of putting a mic on a catcher as he calls the game, to get that insight into what he’s thinking and what he goes through in the course of an inning.”

AT&T SportsNet Pittsburgh worked with the Pirates for several months in planning out its Spring Training coverage, and, given its success talking to players during Spring Training games in recent years, the RSN decided to expand in-game miking. Pittsburgh Pirates President Travis Williams and Senior VP, Communications and Broadcasting, Brian Warecki were on board with extending the use of microphones to different positions on the field.

“The Pirates have an up-and-coming roster,” notes Johnson. “Talking to these players in the game is an amazing way not only to get insight into playing baseball at a high level but also to get to know their personalities. The Pirates have been great to work with, and they see the value in taking fans inside the game like this.”

The plan is for the RSN to deploy an in-game microphone and IFB on different players six or seven times this spring.

“Spring Training is the absolute perfect time to experiment like this,” says Johnson. “The outcome of the game has less meaning, and, for the established veterans, it’s just about getting ready for the season. Players who know they are going to make the club are much looser in spring, and that affords us opportunities to try different things.”

The full article can be found here: