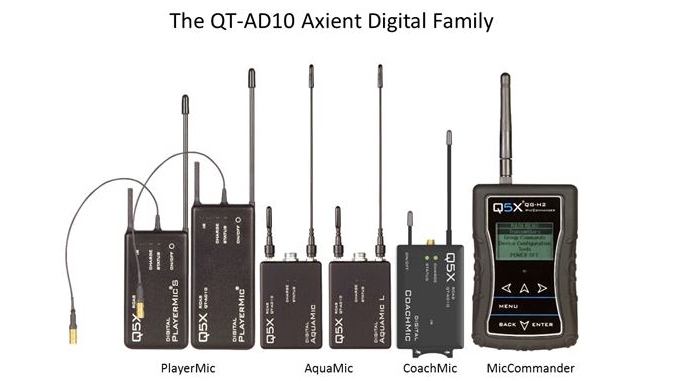 On Thursday, the company announced a major partnership agreement.

“We’re been working on this for a long time.” says Paul Johnson, CEO of Q5X.  “We’re finally able to announce that we have a collaboration with Shure Corporation out of Chicago, who is one of the largest wireless microphone manufacturers in the world.”

The collaboration brings Shure’s new Axient Digital wireless transmitter into the housing that Q5X has developed for use in an array of sports, theater, and reality television shows.

“With the combination of Q5X and Shure, this is really the best of both worlds.” says Jens Rothenburger, director of Pro Audio Marketing at Shure.

Johnson adds, “That’s one of the things that’s been a big deal for us, the fact that the audience can hear the players.  We’ve been at the forefront of enabling that across all sports around the world.  Our product is used in all those sports to capture player audio.”