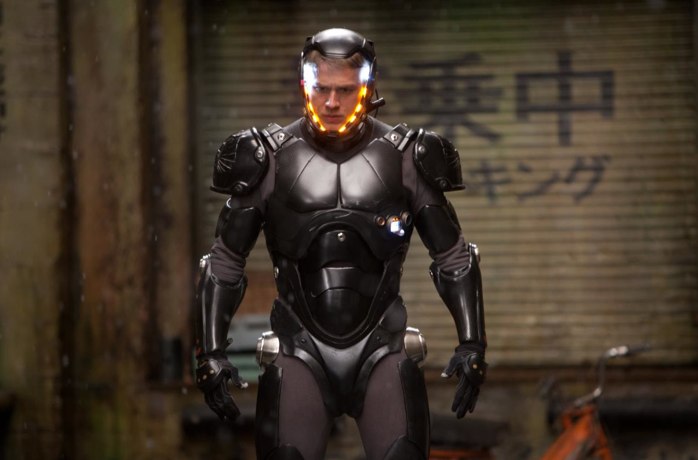 London, ON, August 9, 2013– Quantum5X Systems (Q5X) in co-operation with Reynald Trudell of Silent Sound (Toronto, ON), created an innovative solution to a communication challenge faced by the producers of the movie PACIFIC RIM the 3D IMAX new release showing in theatres this summer. The actors responsible for controlling the “Jaegers” (250’ Robots) faced the challenge of communicating clearly while wearing their helmets. Q5X was able to incorporate their remote controlled audio technology to fit inside the actors’ helmets in order to provide the broadcast- quality sound required by the producers. The QT-5000 wireless transmitter used in PACIFIC RIM was originally developed as a PlayerMic for the NBA to provide remote control of all functions of the transmitter during a game.

Paul Johnson, CEO of Q5X stated that “For our transmitters, we have always prioritized small and rugged. This focus has allowed us to develop innovative solutions to many of our customers’ most demanding needs”.

Quantum5X Systems has developed an industry-wide reputation of developing industry leading solutions to unique audio challenges. Some examples include the TapshoeMic for Radio City Music Hall and the PlayerMic used by a variety of professional sports leagues.

“When presented with the challenge of finding a solution for Pacific Rim, I felt very confident that Q5X would deliver. Their transmitters are
incredibly small and coupled with the remote control capabilities, provided an elegant solution to a very difficult production problem”, states Reynald Trudell, President of Silent Sound.

Quantum5X Systems Inc. is an award-winning London, ON, Canada corporation that specializes in the creation of leading edge, wireless audio solutions for the broadcast, sports and entertainment sectors. Breakthrough products include the QT-256, the world’s smallest wireless microphone, the QT-1000 PlayerMic, the world’s only rubber, wireless microphone and the QT- 5000, the world’s first RF remote controlled wireless transmitter. Q5X clients include ESPN, FOX, Comcast, Turner, Disney, TSN, CTV, CBC, ABC, NBC and CBS, as well as the NHL, NBA, NFL and MLB.