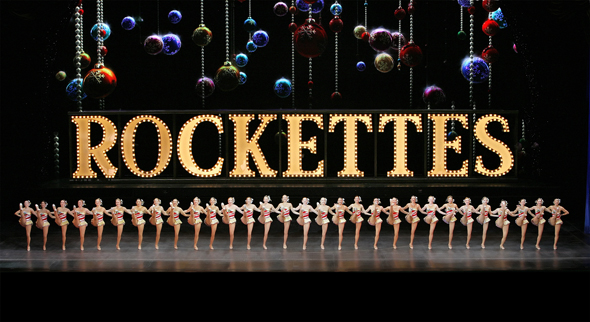 The Christmas extravaganza, which debuted in 1933, is perhaps best-known for its performances of precision dance routines, including eye-high kicks, by the legendary Radio City Rockettes.

A new accessory was added last year to the Rockettes dazzling costumes – a set of shoes for each of the dancers was outfitted with Quantum5X Systems TapShoeMics, which are wireless microphone transmitters designed specifically to capture the sound of tap-dance numbers so that it can be amplified in the house sound reinforcement system.

The task of adding RF tap shoes to the live mix fell on Larry Sedwick, SVP Productions for Madison Square Garden Entertainment, which produces the show. Quantum5X (Q5X) was approached to develop a solution, based upon its years of experience in supplying rugged wireless mic systems to professional sports leagues in North America, including the NBA and NHL.

The TapShoeMic is a customized version of the company’s remote controllable transmitter used in the QT-5000 Playermic, modified for attachment to the tap shoe and integrating a rechargeable lithium-ion battery that can last up to 8 hours depending on output power, which ranges from 30 mW to 100 mW. It offers selection of hundreds of frequencies presently available in the 600-698 MHz RF band.

For the Rockettes, a TapShoeMic transmitter securely contained in a custom housing is bolted to the arch of each shoe, where it’s both out of the way and virtually invisible. The housings include fitted openings for each transmitter’s Countryman EMW onmi lavalier microphone and battery charger port.

The TapShoeMic’s customized Q5X transmitter. (click to enlarge)
Last year’s inaugural effort with 150 transmitters went so well – multiple shows a day for a couple of months – that this year the shoes for a second tap number have been outfitted with Q5X transmitters doubling the total to 300, so that tap sound can be captured regardless of costume (and more specifically, shoe) changes.

RF consultant James Stoffo, founder of Professional Wireless Systems (PWS) and noted for wireless and frequency coordination work with countless high-profile events over the years, was brought in last year to assist in implementing the technology, working closely with audio designer Dan Gerhard, and he has remained involved through the program’s expansion this season.

The transmitter mounted to the shoe in a housing that has fitted openings for a Countryman EMW onmi lav mic and a battery charger port.(click to enlarge)
The transmitters are only a piece of what is a larger overall solution from Q5X called the Remote Control Audio System (RCAS), with software facilitating remote control of the settings and monitoring the status of all 300 transmitters from a central computer via a 2.4 GHz radio frequency control channel. It enables audio technicians using a PC in Radio City’s audio mixing room to remotely turn transmitters on/off and make on-the-fly adjustments to frequency and audio level during a performance.

In addition – and crucial given New York City’s crowded RF spectrum – it allows multiple groups of transmitters used at different times in the performance to easily share the 80 Q5X receivers and associated frequencies without the need to adjust the transmitters.

This kind of capability really comes in handy during costume changes, where 80 transmitters need to be turned off while simultaneously another 80 transmitters are brought online. And it’s all achieved with a computer mouse click.

“The RCAS truly is one of the most groundbreaking advances in wireless technology since I’ve been in this business,” Stoffo states. “There’s never been a remote control with so much capability, whether it’s for frequency adjustment, audio level, on/off and so on, and given the recent and future reduction in radio spectrum, it’s the only way an application like this is going to work.”

A close-up of a TapShoeMic in action during rehearsal. (click to enlarge)
To insure constant, fail-safe communication within the entire system, several zones are established throughout the Radio City stage, backstage and dressing room areas. Each zone is equipped with a Q5X Remote Gateway that remotely links to every transmitter, no matter where it may be located.

Another top priority is guaranteeing solid, consistent reception of every single wireless transmitter frequency for every single show. Because they’re located in the shoes, the transmitters are almost constantly at ground level (except for those kicks), and the Radio City Hall stage is unusually wide.

Further, the 300 transmitters are joined by dozens more wireless mic and IEM systems utilized for the production, along with several wireless comm systems for the production crew. On top of that, again, it all resides in the heart of one of the busiest RF environments on the planet.

To bolster wireless reception, the Quantum5X team deployed two PWS custom-designed helical antennas, one positioned stage left and the other at stage right. These are linked to a custom PWS splitter in the RF room that is filtered, tuned and has the correct amount of gain, so no matter where the transmitters are located on stage, they’re able to supply a robust signal.

In addition, prior to the start of the season, Stoffo, Henry Cohen and the Radio City house audio team conducted what he calls an “RF war game” – essentially an extremely thorough frequency coordination process.

The Rockettes performing in the Radio City Christmas Spectacular. (click to enlarge)
All shoes, transmitters turned on, were set on the stage, with every other wireless system in the production activated as well, and the audio team spent hours analyzing and testing frequencies to insure that every single channel had a clean, unobstructed signal.

To this point, the technology combined with all of this preparation has produced a spectacular result, with no transmitter failures – let alone dropouts or frequency conflicts – reported after more than 100 performances this season.

“We’re proud of our partnership with Radio City Music Hall and our accomplishment in implementing this very demanding project,” notes Paul Johnson, CEO of Q5X. “The TapShoeMic and RCAS have succeeded in one of the most difficult environments imaginable.”

“The wireless TapShoeMics are unique to Radio City Music Hall and reflect our commitment to investing in new technology in efforts to deliver the best audience experience possible,” Sedwick concludes.