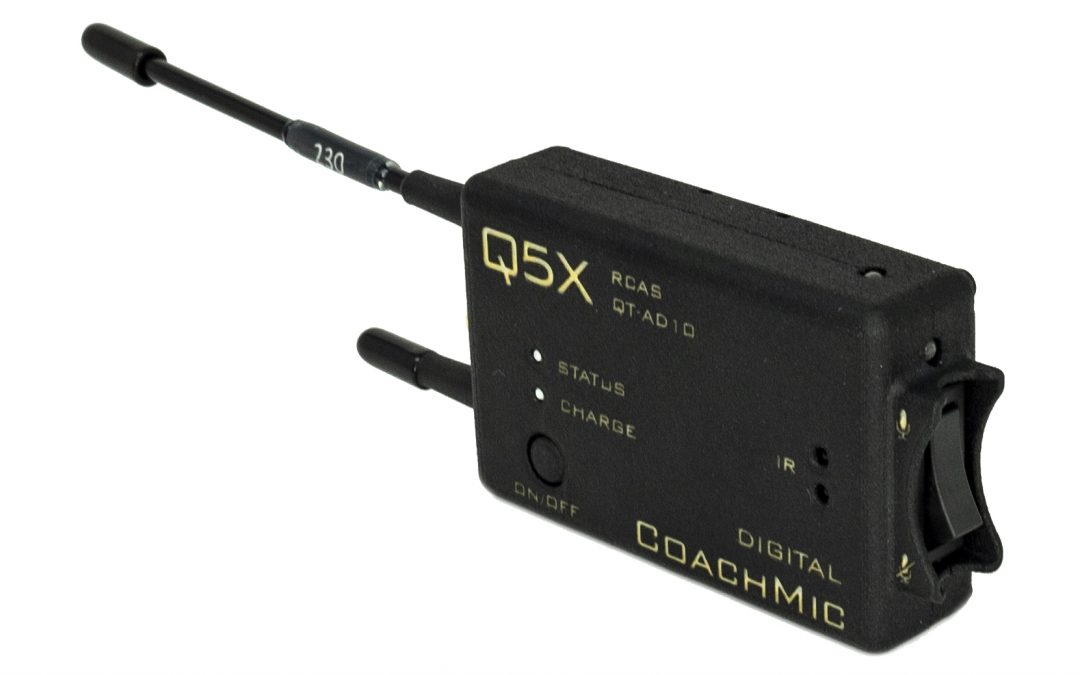 Viewers listening to the coaches’ chatter during the March 7 NBA All-Star Game may not have noticed a difference, but there was one, and it will be part of the league’s broadcast-audio future. The NBA has adopted wireless-systems manufacturer Quantum5X’s new CoachMic for teams’ coaching staff.

Functionally, the CoachMic is similar to Q5X’s PlayerMic, worn by NBA ballers and developed in concert with the league and player representatives. It was developed with input from the league, coaches, broadcasters ESPN and Turner Sports, and Bexel, which purchased them, rents them to the broadcasters, and manages their RF. The transmitter, officially known as the Q5X-AD10 Digital CoachMic, is paired with a Sennheiser MKE-2 microphone capsule and is compatible with Shure’s Axient Digital receivers.

Operationally, the CoachMic shares key capabilities with the PlayerMic, such as the ability to be remotely controlled and monitored by the Q5X QG-H2 MicCommander: such functions as gain, battery life, on/off, and frequency choice can be accessed from anywhere in the venue during games. In addition, the transmitter has a rocker-type mute switch that can be accessed by the wearer and is designed to offer both visual and tactile confirmation of microphone on/off status, either by the color of an LED next to the switch or by the feel of the switch’s position, whether it’s worn horizontally on a belt or vertically a in jacket pocket.

Previously, the NBA’s coach broadcast audio was captured and transmitted by a mix of manufacturers’ systems — all digital — to ensure encryption and to maintain RF agility in a spectrum-constrained environment.

“We worked closely with all parties on the design and execution of the CoachMic, starting during the NBA’s Summer League in 2019,” says Q5X CEO Paul Johnson. “It went through several iterations, from conceptual to working models to the production models that Bexel has acquired for use by the league and that were introduced at the 2020 All-Star Game.”

He adds that the NBA has been using the original QT-1000 PlayerMic nearly since its introduction in 2007, with its first deployment at the All-Star Game that year, and the current, smaller QT-5100 PlayerMic S since it was introduced at the 2014 All-Star Game.

“And now they have a Q5X solution across the players and the coaches and, sometimes, on the referees as well,” Johnson says, noting that some officials have been trying them out for televised games. “That consistency of audio equipment lends itself to keeping the sound quality high.”